Since you have to avoid pasta while on a ketogenic diet it’s great to have healthy substitutes that can satisfy your cravings. In other articles, I’ve suggested replacing pasta with spaghetti squash or zucchini noodles, but today I’m going to give you another option: Kelp Noodles.

Mostly used in Asian cuisine, Kelp Noodles are gluten-free and do not contain carbs, calories,, wheat, or sugar, which makes them perfect for your keto diet.

Kelp noodles are pretty crunchy, which means that they’re perfect for stir-fries.  You can also add kelp noodles to soups and stews, but just note they won’t significantly soften with cooking. 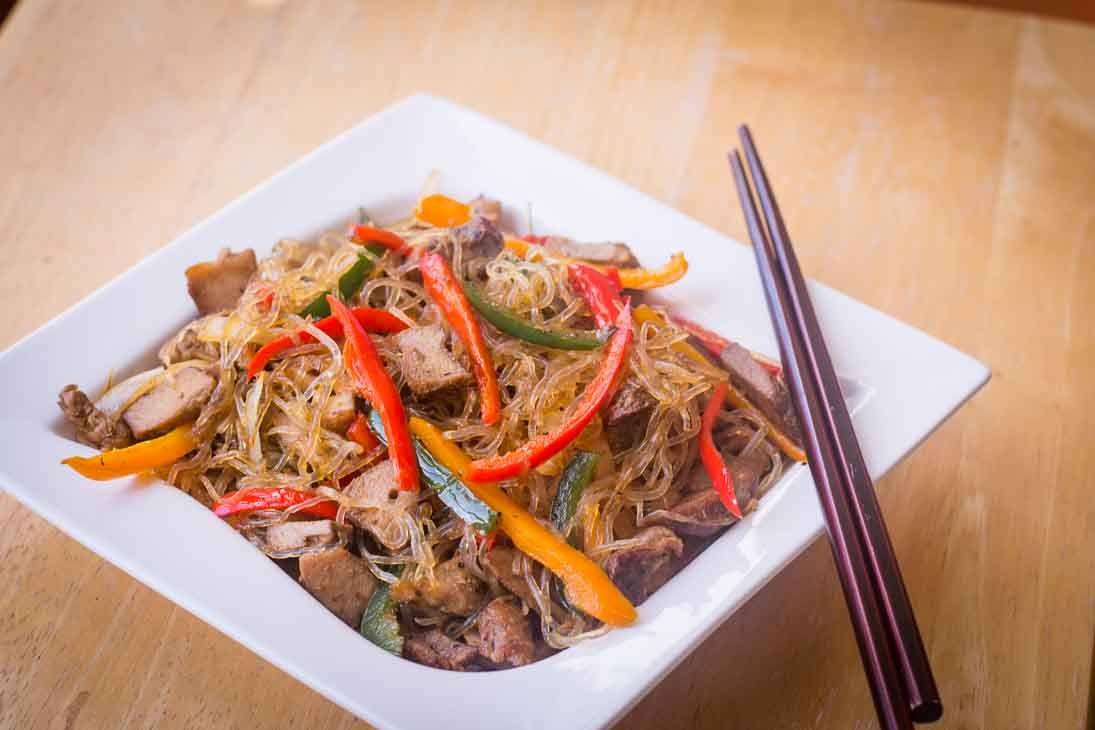 This pork tenderloin recipe is really quick and easy to make, so you can even give it a try for dinner on a busy day. It will take about 25 minutes to have it ready and it’s super fresh and tasty. If you’re not so much into the spicy part of the recipe, just don’t add so much hot sauce or replace them with normal red bell peppers.

In this recipe, I used different colored bell peppers because I absolutely love how colorful it makes the dish, but if you want to do a variation of this you can always use zucchini or any other low carb vegetables you enjoy. 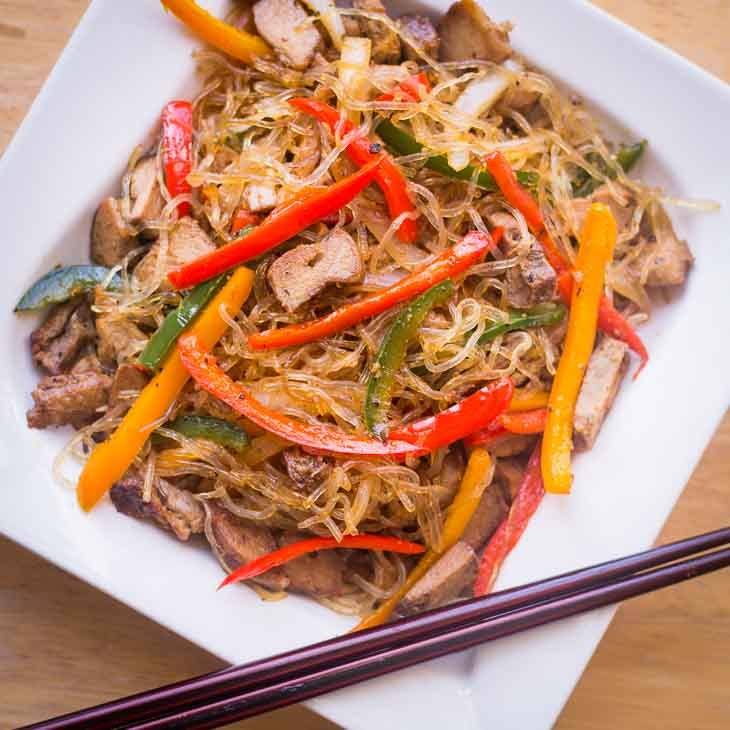